Some items to consider for each model include:

Because of size or volume, there are several types of cargoes that cannot be or is economically unviable to move by other modes of transport than the sea.

Ocean freight is used quite extensively for the movement of bulk commodities such as agri-products (wheat, maize, soya, etc.), coal, iron ore or for wet bulk products such as crude oil and petroleum. Also, larger, odd-shaped items including engines and propellers may move via this mode as well, depending on how sensitive the delivery time is.

Ocean freight is also a preferred mode of transport for the movement of high volume and heavy cargo such as minerals, metals, ores, steel coils, etc. which would be impossible to move by air freight.

Additionally, businesses are placing more of an emphasis on the environmental impact on shipping. An air freight service emits a higher amount of polluting gases with less space capacity compared to sea freight services which are considered a much greener transportation mode with a higher carrying capacity.

Key benefits of ocean freight include 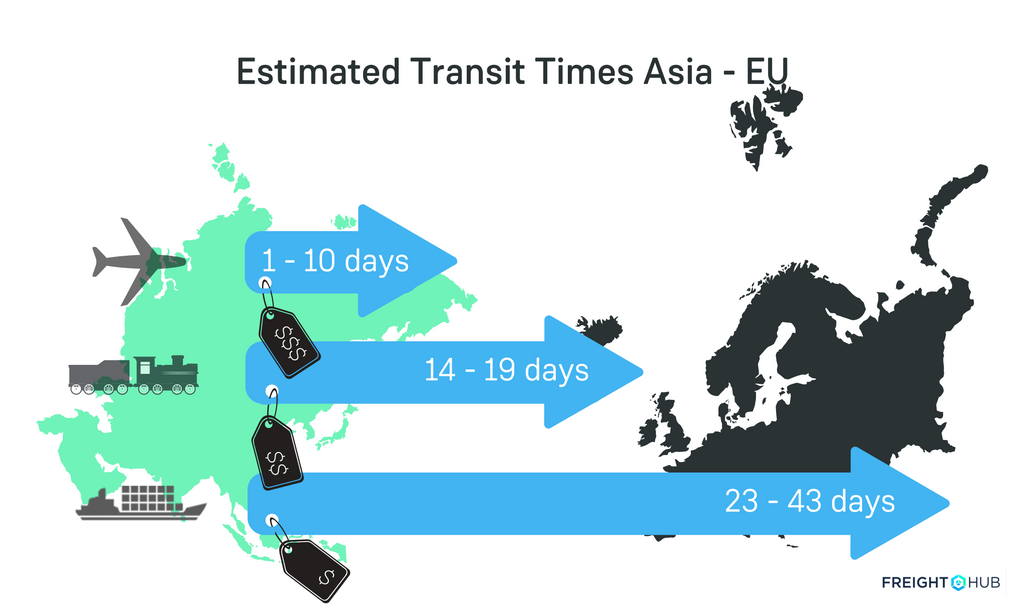 Over the next 15 years, as the world GDP grows, there will be a demand for higher value goods. As per Boeing’s 2016 – 2017 world air cargo forecast, there will be a proportionate growth in the value per ton of total traded goods around the world.

To meet the demand for growth, world air cargo traffic is forecasted to grow an average 4.2 percent per year.

Air freight is a critical mode of transport. It serves markets and supply chains that demand speed. One of greatest examples goes back to 1997 when Apple began innovating on the nitty-gritty details of supply-chain management. Almost immediately upon Steve Jobs’ return. At the time, most computer manufacturers transported products by sea, a far cheaper option than air freight.

Steve Jobs took advantage of the benefit of air freight and used an innovative strategy. He paid $50 million to buy up all the available holiday air freight space to ensure that the company’s new, translucent blue iMacs would be widely available during Christmas season giving them a massive competitive advantage over their rivals. – “It was an ‘Oh s—’ moment,” recalls former HP supply chain chief Mike Fawkes.”

Other industries such as the automotive and retail industry also utilize air freight to achieve ‘just-in-time’ (JIT) inventory replenishment. JIT option allows stores, production lines to place order fulfillment based on demand as, and when required. It provides greater flexibility and reduces inventory and storage costs.

Also, perishable goods such as foods, flowers, and some pharmaceuticals also take advantage of shorter transit time. Another positive for air freight is that there’s less handling of cargo overall, so the likelihood of damage or theft is less likely when utilizing air.

But air freight also has its own disadvantages such as being one of the most expensive due to the requirement of speed and the fuel that is used.

It also has its size and weight limitations. Regulatory bodies limit what can and cannot be transported by air, and as such, oddly shaped or very large items may be more suitable for other modes of transport.

Key benefits of air freight include

Another mode of transport which is also considered a ‘green’ option is rail. Trains burn less fuel per ton mile than road vehicles and a train, which can have as many than 100 wagons, only needs one driver. There are, however, some additional costs which are incurred in a rail journey: at each end of the rail transit, a road delivery will be needed, and there will be a lift cost to transfer the container between the train and the road vehicle.

In 2015, the first freight train carrying ISO freight containers from China arrived in the Port of Rotterdam in 18 days as against the normal 44 odd days by the sea.

This movement of containerized cargo by rail from China to logistics hubs in Europe such as in the Netherlands, UK is seen as a significant step in the development of trade between the two continents. It has encouraged multinationals such as Hewlett-Packard and Ricoh to use the route from Europe to China for their cargoes.

The Manager of European Transport at Ricoh notes that if one can set up an effective planning, rail is a relatively quick mode of transport taking only 20 days to China. In addition, the move by rail also has some advantages such as all containers being transported to the location in one go, while being environmentally friendly as a train releases far less CO2 than a plane.

Key benefits of rail freight include

Road freight is one of the most common of all modes of transportation. It is widely used in continents such as Europe, Africa, and North America. The single customs document process provides a seamless movement of goods even across various states and countries.

However, truck transport is limited somewhat as to what it can carry by the size of the vehicles used and by size and weight restrictions. Another limitation is that it is affected by weather, road conditions and traffic.

Another option to keep in mind is multimodal solutions – the utilization of more than one mode of transport.

Multimodal is a combination of different modes of transportation such as rail, road, and sea which allows the customer to cost-effectively manage shipments from start-to-end, ensuring optimum care and efficiency every step of the way.

One such example is the cross region rail network combined with the truck. Providers including DHL, Geodis, UPS and DB Schenker are offering such a solution along China’s Silk Road network.

According to UPS, the service can offer savings of up to 65% versus air freight costs while providing transit times up to 40% faster than standard ocean movements.

Sea-Air is another example of multimodal transport. The service is considered less expensive than air and quicker than ocean service.

An alternate solution to pure air or ocean, Sea-Air provides the global transportation industry time and cost savings along with eco-friendliness.

Key benefits of multimodal transport include 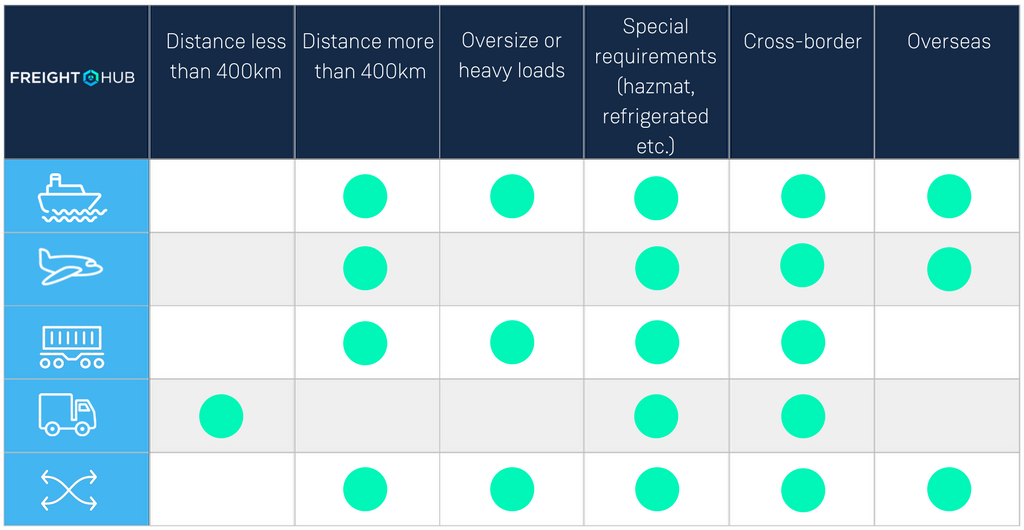 In case, to get more information and way to solve for each, please let us know about your specific situation via CONTACT or via some research that we collected here.